The feds bet $737 million on a salt tower for solar power. You’ll never guess the result. 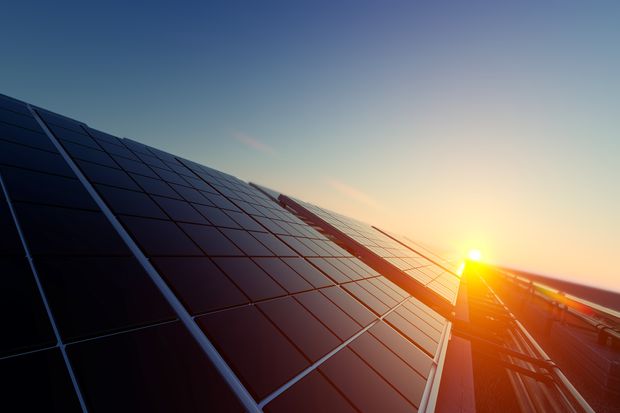 Government planning and subsidies will make America the world’s green-energy superpower, create millions of jobs, and supercharge the economy—or so we’re told. The reality is closer to Crescent Dunes, a Nevada solar-energy plant that has gone bust after receiving a $737 million federal loan guarantee.

An inconvenient truth is that the sun sets each day, but the Obama Administration’s green planners had an app for that. They decided to invest in the Crescent Dunes facility that would use molten salt to store heat from the sun, produce steam, and generate electricity even at night. The utility NV Energy had already agreed to buy the electricity. Government support would carry the project to sunny success.RIBE

In September 2011, the Energy Department described how the 110-megawatt facility would “be the first of its kind in the United States and the tallest molten salt tower in the world,” powering more than 43,000 homes a year. The precedent was Solar Two, a small pilot plant decommissioned in 1999 that had shown it was technically feasible to use molten salt to store and generate power. But in a 2006 report the Energy Department said the 10-megawatt facility “was never expected to be a viable commercial-scale plant and, in fact, did not validate economic feasibility.”

No worries. It’s only taxpayer money, and the feds jumped into Crescent Dunes anyway. The Department of Energy finalized its loan guarantee on Sept. 23, 2011, a week before the federal loan program expired. A month earlier Nevada had approved $119.3 million in tax abatements for Crescent Dunes over 20 years. The plant also received some $140 million in private investment.

Crescent Dunes began by missing the deadline established by its agreement with NV Energy, becoming operational months late. Commercial operations began in November 2015, but less than a year later the facility went offline because of a “massive leak in the hot salt tank,” according to SolarReserve, a partial owner of Crescent Dunes.

Through the first half of 2017 the plant generated no electricity and no sales, according to its disclosures to the Federal Energy Regulatory Commission. Yet in April 2017 the Department of Energy proclaimed Crescent Dunes a “success story” taken from “mirage to reality,” “a milestone for the country’s energy future,” and a global “blueprint for solar projects.”

In a fact sheet advertised as “up-to-date as of June 2017,” the Energy Department claimed Crescent Dunes was “operational” and projected energy generation of up to 482,000 megawatt hours a year. The plant never generated that much power in the entirety of its operations. An Energy Department spokesman declined comment.

Crescent Dunes resumed operations in the latter half of 2017, but problems persisted. In a June 2019 report to the Public Utilities Commission of Nevada, NV Energy described how the plant “has experienced frequent and prolonged outages.” Crescent Dunes’ performance problems were so severe that they posed “the most significant risk” for NV Energy’s ability to meet its renewable portfolio standard obligations, the utility said.

Last summer Crescent Dunes’ hot salt tanks “suffered a catastrophic failure, which caused ground contamination and required the removal of the solar tower that is essential to the plant’s ability to generate any electrical power to function as designed,” SolarReserve said in recent court filings.

Operations halted again. The Department of Energy sent a formal default notice in September. Weeks later Crescent Dunes’ sole customer, NV Energy, terminated its power purchase agreement. The plant has no prospective clients and couldn’t supply energy even if it found a buyer. Even if the plant began running again, it would face competition from solar photovoltaic projects. Crescent Dunes’ average price was more than $132 per megawatt hour, but Techren Solar II in Nevada’s Eldorado Valley offered the same unit of power for $31.15 in the fourth quarter of 2019.

SolarReserve, which did not respond to requests for comment, is now suing for the equitable dissolution of Tonopah Solar Energy LLC, the entity created to run Crescent Dunes. In November SolarReserve told a federal court that “the plant is moribund—neither generating energy nor revenue” and that Tonopah is “insolvent,” has debt of more than $440 million with “assets of much less value,” and is “unable to pay its debts as they come due.”

Scores of new businesses fail, but private investors lose their own money. Government investments turn on politics more than feasibility. Hand the energy economy over to the government in the name of climate change, and there will be countless more Crescent Dunes fiascoes.