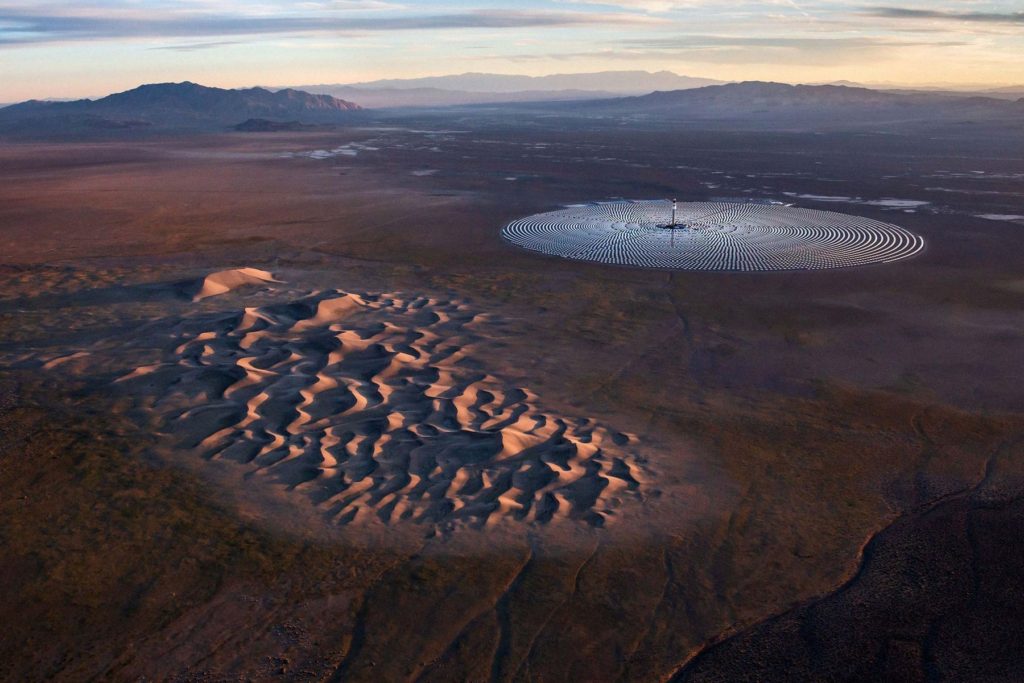 The Crescent Dunes solar plant looks like something out of a sci-fi movie. Ten thousand mirrors form a spiral almost 2 miles wide that winds around a skyscraper rising above the desert between Las Vegas and Reno.The operation soaks up enough heat from the sun’s rays to spin steam turbines and store energy in the form of molten salt.In 2011 the $1 billion project was to be the biggest solar plant of its kind, and it looked like the future of renewable power. Citigroup Inc. and other financiers invested $140 million with its developer, Solar Reserve Inc. Steven Chu, the U.S. Department of Energy secretary at the time,offered the company government loan guarantees, and Harry Reid, then the Senate majority leader and senior senator from Nevada, cleared the way for the company to build on public land. At a Washington celebration of Solar Reserve’s public funding, Chief Executive Officer Kevin Smith told the assembled politicians, “We’re proud to be doing our part to win the future.”

Solar Reserve may have done its part, but today the company doesn’t rank among the winners. Instead, it’s mired in litigation and accusations of mismanagement at Crescent Dunes, where taxpayers remain on the hook for $737 million in loan guarantees. Late last year, Crescent Dunes lost its only customer, NV Energy Inc., which cited the plant’s lack of reliability. It’s a victim, ironically, of the solar industry’s success over the past decade. The steam generators at Crescent Dunes require custom parts and a staff of dozens to keep things humming and to conduct regular maintenance. By the time the plant opened in 2015, the increased efficiency of cheap solar panels had already surpassed its technology, and today it’s obsolete—the latest panels can pump out power at a fraction of the cost for decades with just an occasional hosing-down. 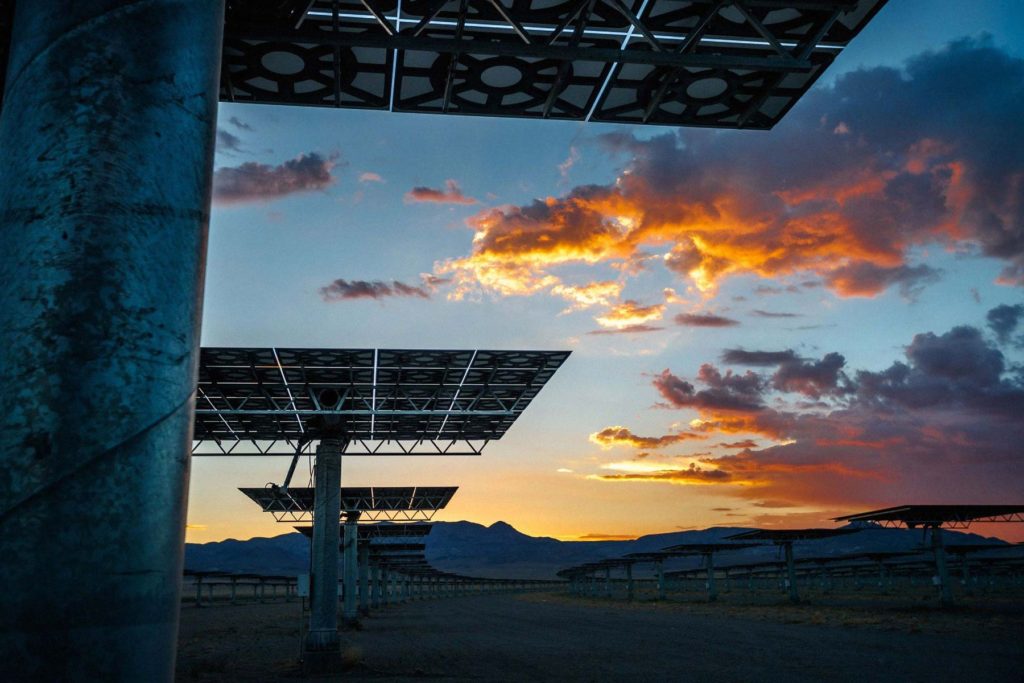 NV Energy, owned by Warren Buffett’s Berkshire Hathaway Inc., had to wait months to cut ties with Solar Reserve. Crescent Dunes has been shutdown since April, and the Energy Department took control of it in August,according to a lawsuit Solar Reserve filed in Delaware Chancery Court seeking to reverse the takeover. The plant’s technology was designed to generate enough power night and day to supply a city the size of nearby Sparks, Nev. (population 100,000), but it never came close. Its power cost NV about $135 per megawatt-hour, compared with less than $30 per MWh today at a new Nevada photovoltaic solar farm, according to Bloomberg NEF, which researches fossil fuel alternatives.

Almost no one associated with Crescent Dunes will talk about it anymore. That includes the once-friendly politicians and regulators, the financiers, and the executives who’ve been in place during its failure.(Solar Reserve didn’t respond to repeated requests for comment for this story, and a lawyer representing the company said he wasn’t authorized to comment.) One exception is Bill Gould, a Solar Reserve co-founder who retired as its chief technology officer last year. He blames the contractor.“It was a tragedy of mismanagement,” he says. Spanish company ACS Cobra, he says, delayed necessary work on Crescent Dunes and designed a salt tank that leaked, crippling the plant. Solar Reserve similarly blamed ACS Cobra in its Delaware suit but doesn’t appear to have filed any legal claims against the contractor. Grupo Cobra, ACS Cobra’s parent company,didn’t respond to requests for comment.

The Energy Department estimates that losses represent only 2.9% of its $28 billion in loan guarantees for renewable energy projects, which also funded such successes as the massive farms of thin-film solar cells from the biggest American manufacturer. Advocates of public investment say flops are an inevitable part of seeding a carbon-neutral future, just as they are for venture capitalists seeking the next Google. “You should probably have more than one or two high-profile failures,” says Yale economics professor Kenneth Gillingham, who studied energy issues as part of President Barack Obama’s White House Council of Economic Advisers.“Otherwise, you haven’t invested aggressively enough.”

Under the Trump administration, which has mocked the push for fossil fuel alternatives, it’s easy to imagine Crescent Dunes being used as a talking point if the White House proposes to eliminate federal subsidies for renewable power, says Timothy Fox, a vice president at researcher Clear View Energy Partners LLC. Chris Edwards, the director of tax policy studies at the libertarian Cato Institute, says the feds shouldn’t invest in alternative energy. “There’s a long and growing list of failed government projects,” says Edwards, a former senior economist on the Republican staff of the U.S. Congress Joint Economic Committee. He points to the familiar example of Solyndra LLC, a solar company backed by $535million in loan guarantees that filed for bankruptcy in 2011.

A buyer might try to bring Crescent Dunes back on line, or its owner could sell it for parts. For now, the plant is mostly a punchline in a part of Nevada that’s seen its share of booms and busts. The nearest town,Tonopah, was the site of a silver rush in the early 1900s. It’s now home to2,400 people, a motley collection of saloons and casinos, a mining museum, and the Clown Motel, which calls itself “America’s scariest motel” because it’s close to a cemetery and filled with creepy red-nosed chotchkes. The solar plant’s workers don’t boost business like they used to, says Linda Taylor, the motel’s manager. “It took our money,” she says of the giant mirror matrix up the road. “It’s dead. But real pretty, though.You can see it for miles.”